Brähler Convention was once again responsible for the conference and event technology as well as the technical support of the 14th Munich Economic Summit this year. The economic summit was held in the Bayerischer Hof hotel in Munich on 21 and 22 May 2015.

The Munich Economic Summit views itself as a political platform for an intensive dialogue about core issues of economic development in Europe and the world. The economic summit is a forum for dialogue between high-ranking politicians, the world's leading representatives from the fields of science and economics and the European media. The event organisers are the BMW Foundation Herbert Quandt and the CESifo Group Munich, a community initiative of Ludwig Maximilian University and the ifo Institute.

Numerous panel discussions on the topic of competition and innovation were once again held this year through the support of Brähler conference and event technology. A total of eighty delegate microphone stations, two camera production units and dome cameras, interpretation technology, public address technology, lighting and presentation technology. Sound, video and interpreter signals were broadcast into two other rooms as well. 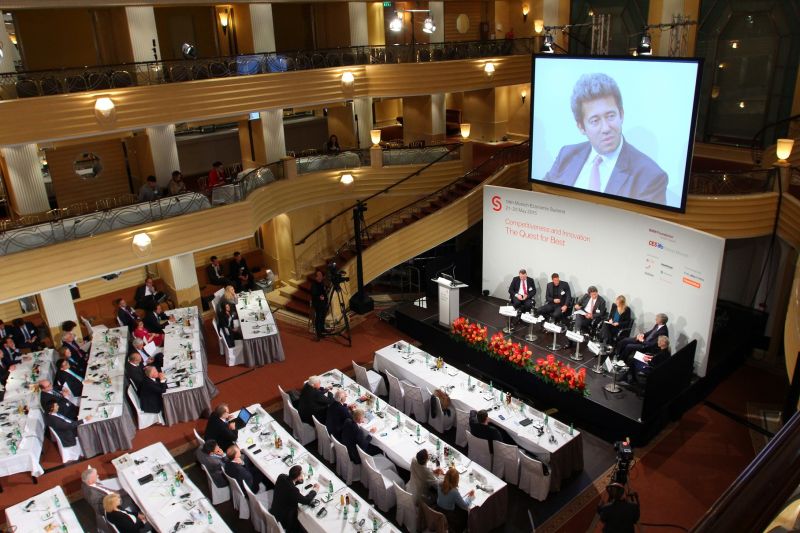