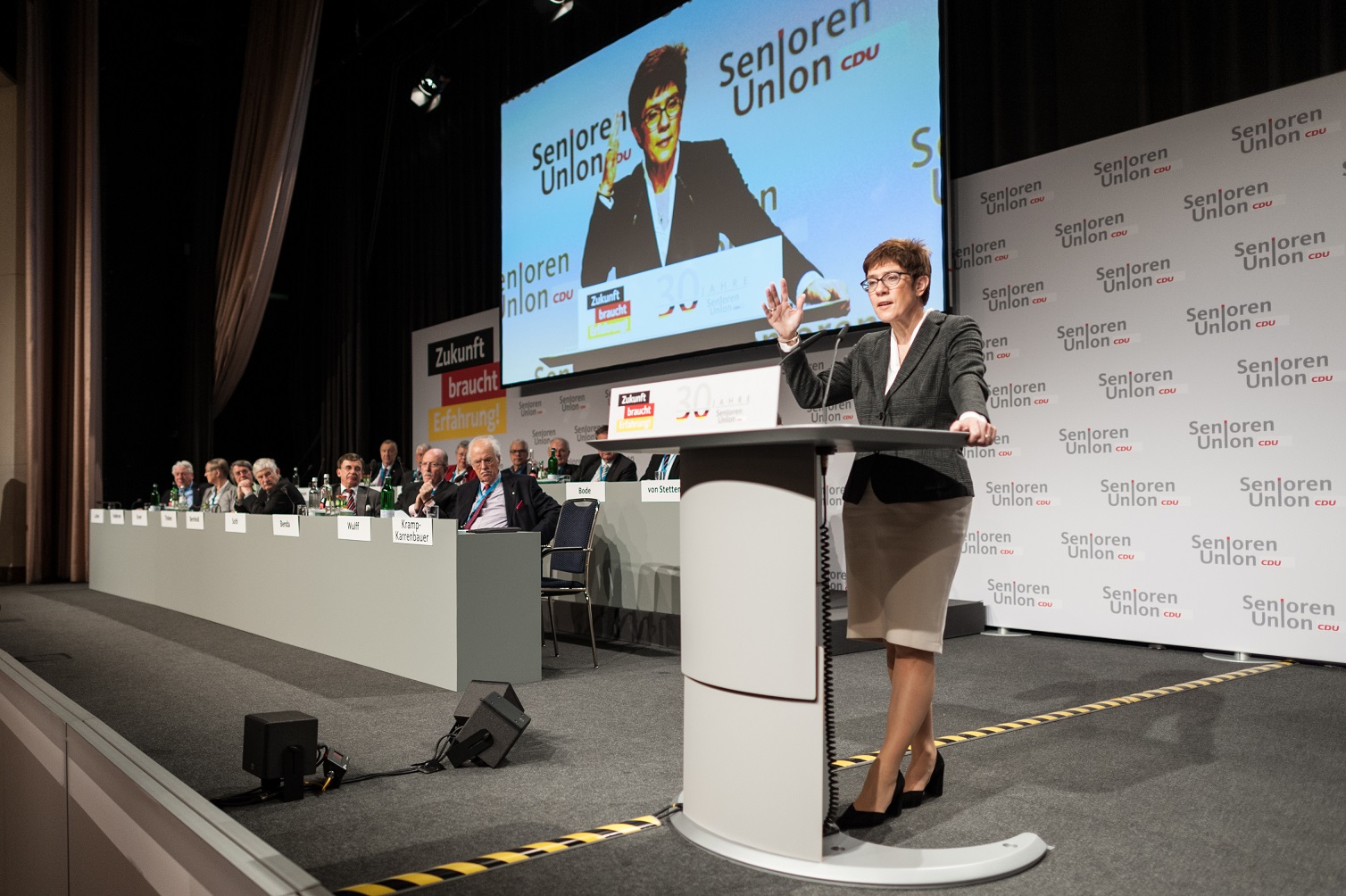 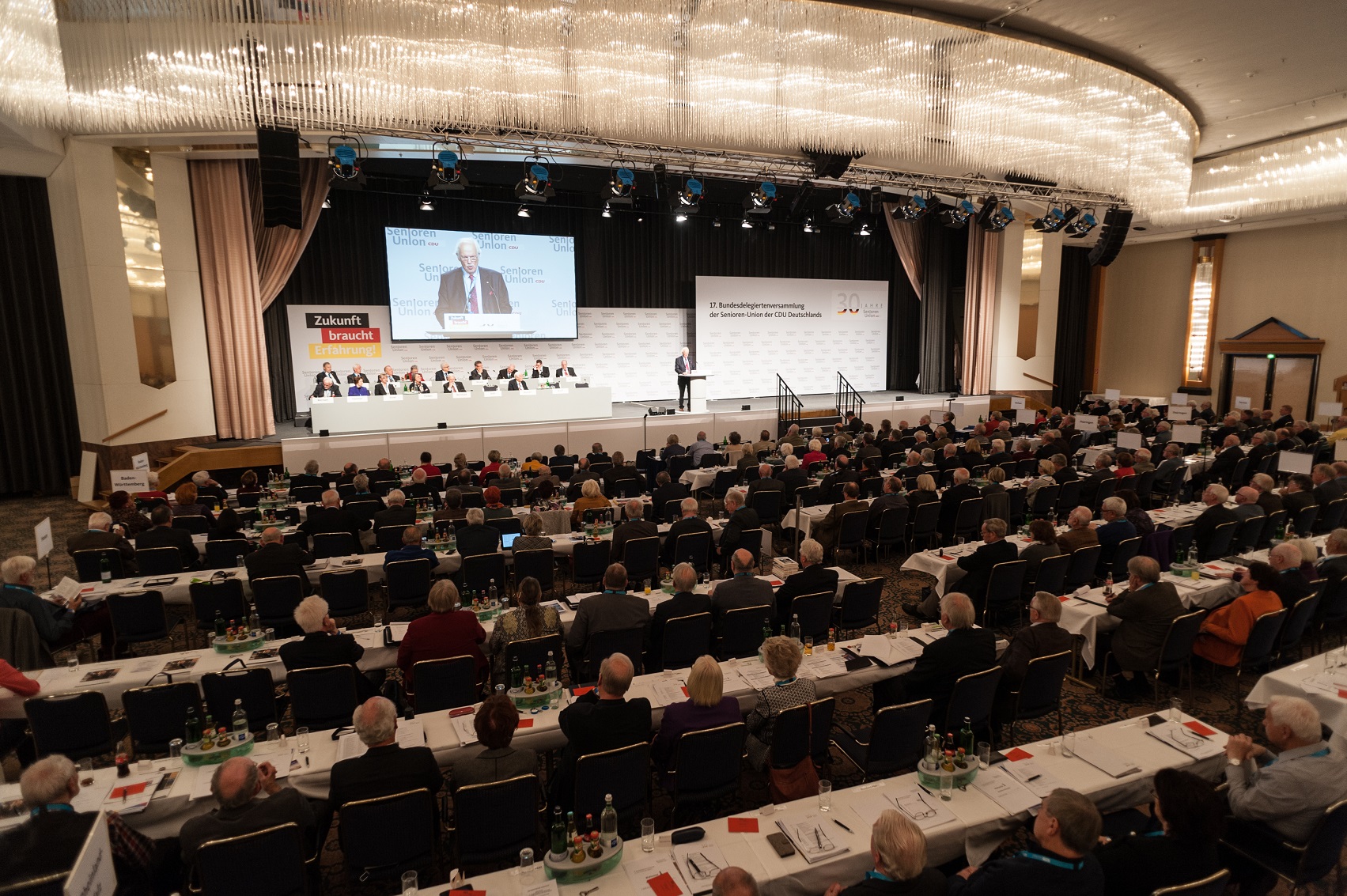 The Senior Citizens' Union of the CDU Germany extended the invitation to the 17th Federal Delegates’ Meeting on 22/23 November, 2018 in the state capital of Magdeburg. In addition to its 30th anniversary, the speeches given by the key candidates for the CDU party chairmanship were the highlights of the conference. 300 delegates and several guests accepted the invitation to the Maritim hotel in Magdeburg.

Brähler Convention Magdeburg took over the planning and implementation of the event equipment for the customer. Suitable lighting systems for flawless camera results, optimal sound and microphone equipment, projection system, camera equipment as well as 14 Brähler lecterns with DMic microphones were used for the on-stage conference organizers' table.

At the evening event in the Otto-von-Guericke hall, we provided atmospheric lighting effects and the appropriate sound and microphone systems.