In the following articles we will provide you with information about the latest news from the world of event technology by Brähler Convention.

We will talk about the technical implementation of past events, trade fair participations, innovations and other topics that interest you. 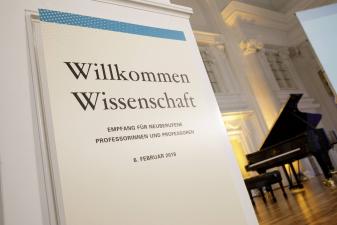 This year’s welcome ceremony for new appointees took place on 6th February 2018 in the White Room of the New Palace in Stuttgart. Theresia Bauer – Minister of Science – welcomed the 361 new professors from various Baden-Wurttemberg universities. 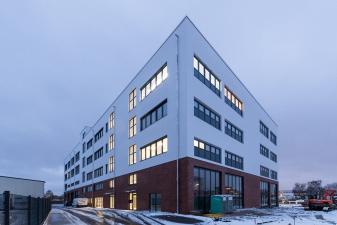 Since January 2018, the Brähler branch in Hamburg has moved to a new and urban location, the Billevue quarter. 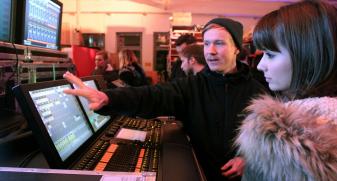 WE ARE LOOKING FOR YOUNG AND TALENTED PEOPLE FOR THE TRAINING YEAR 2018!

Do you have a passion for the event sector? Are you tech-savvy, creative and a true team player? Then we are looking for YOU! 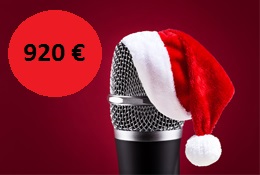 Christmas is drawing ever closer. Does your company organise an end-of-year party? Then book your comprehensive Christmas equipment package here at a promotional price. 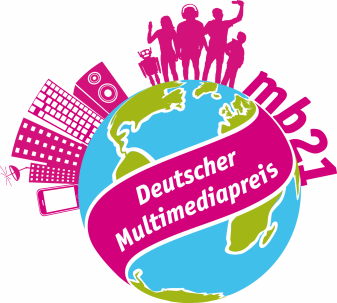 On 11th and 12th November, the media festival will open its doors to digital media fans at the Technische Sammlungen Dresden! Since starting in 1998, its format has developed into one of the most important forums for digital media culture. 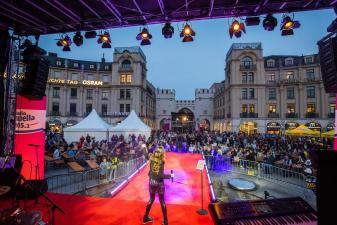 Munich’s annual Kult(ur)-Nacht fills the inner city with stage shows, live music and late-night shopping until midnight. This year’s event recorded some 220,000 visitors – a huge success for our Munich branch. 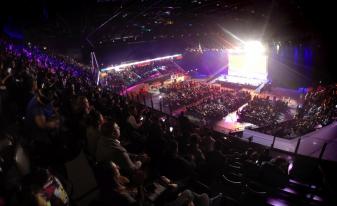 Brähler Convention booked as the interpretation technology specialist in Rotterdam

Our engineers from our headquarters in Königswinter were booked for an international customer conference that took place in the port city of Rotterdam in the Netherlands. 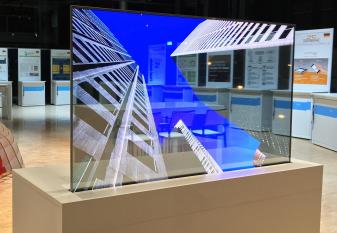 It is a real head-turner at trade fairs and product presentations!

Lend your presentation that special touch with this innovative 55-inch display. The 45% transparency of the display allows the audience to view the screen content while also seeing the actual objects in the space behind it. 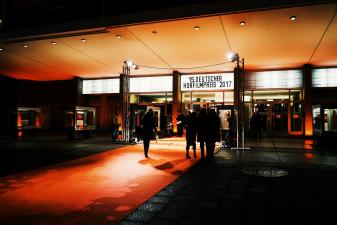 The German Association for Blind and Partially Sighted Persons has been awarding the German Audio Described Film Prize since 2002, thereby honouring outstanding audio described films and projects, which promote such barrier-free cinematic experiences. 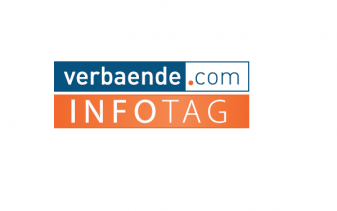 MEET US ON THE ASSOCIATION DAY IN BERLIN!

The second verbände.com INFOTAG (INFO DAY) “Verband & Tagung“ is going to be held on 28th June 2017 at the WECC Westhafen Event & Convention Center.

BRÄHLER CONVENTION IS PARTICIPATING IN THE IMEX TRADE FAIR IN FRANKFURT

This year’s IMEX trade fair shall taken place between 16 – 18.05.2017 in Frankfurt am Main. This trade fair is one of the leading events in Germany for the meeting, incentive and convention industry, witnessing over 3500 exhibitors and approx. 5000 professional visitors every year. 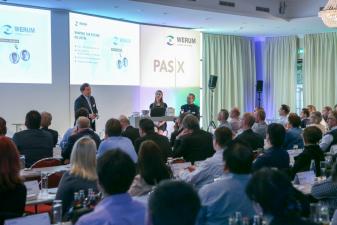 Towards the end of last year, our Hamburg branch office was called on to oversee the User Group Meeting of Werum IT Solutions GmbH as a full-service supplier and provide the event technology. 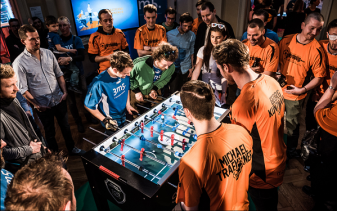 The Sputnika KickerCup is a novel event tour – a meeting point for the regional agency and marketing sector for the kicker tournament. Starting from April 2017, the tour shall make stops at Berlin, Leipzig, Dresden, Hamburg, Munich and Frankfurt. 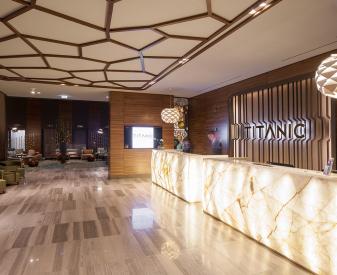 Titanic Hotel Chaussee in Berlin will be celebrating its first anniversary this coming Thursday!

The hotel, located at the centre of Berlin, and BeFine Sports & Spa have invited business partners and friends for an exuberant anniversary party starting from 1800 hours on 06.04. 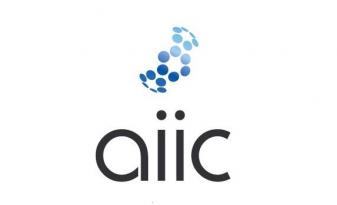 We were a technical partner of this event. 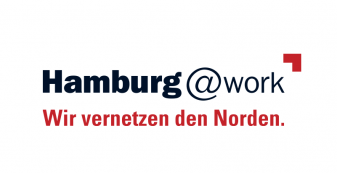 BRÄHLER HAMBURG NOW A MEMBER IN THE HAMBURG@WORK NETWORK

Hamburg@work connects companies and individuals in the digital economy in Northern Germany and has as its goal the promotion of digital transformation processes. The ideal meeting place for Brähler Convention Hamburg. 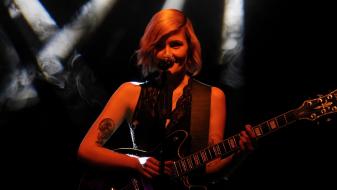 Madeline Juno went on tour with the songs from her second album “Salvation” and supported the charity event “Together As One – Charity goes Concert” in Böblingen.

Brähler Convention Stuttgart was responsible for all the technical services. 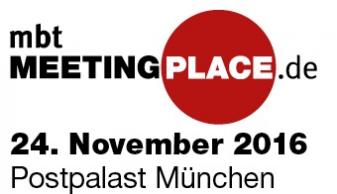 MEET WITH BRÄHLER AT THE MBT MEETINGPLACE IN MUNICH!

On 24th November 2016, the MICE sector will be meeting at the  mbt MEETINGPLACE in Postpalast in Munich for an exchange of ideas and networking.

Brähler Convention will also be there! 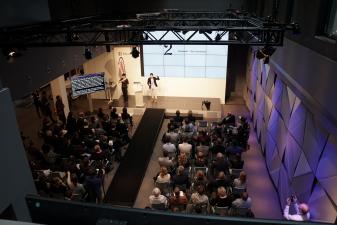 CONFERENCE TECHNOLOGY FOR THE HACKATHON BY AKTION MENSCH AND MICROSOFT

"Aktion Mensch" and Microsoft organised a weekend-long hackathon with 60 programmers to look for intelligent ideas and technical solutions to create greater proximity between people with disabilities and people without disabilities.

The results were presented on 01 December 2016. Brähler Convention were in charge of the conference technology. 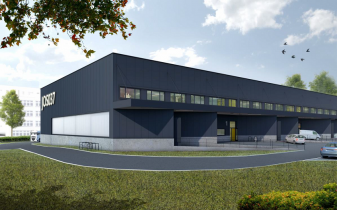 WE ARE EXPANDING AND MOVING

Our Berlin branch is getting a new home: We are happy about being able to move into larger office and storage facilities in the JOS037 industrial estate in Berlin-Lichtenberg as of 16th December 2016. 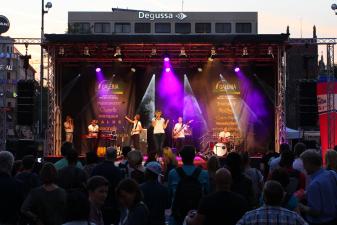 Strolling, shopping and live music on the street: The Kult(ur)-Nacht celebrated its 10th anniversary on 9th Sep 2016. The businesses and beer gardens of Munich’s city centre kept their doors open for night owls until midnight.

Once again, we are glad to have been present at this marvellous event as the technology partner of choice. 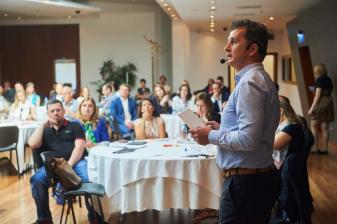 Every year, the ICCA, the association for the congress and conference sector, hosts a conference for members of the association from West and East Europe, in order to promote exchange with each other, to make new international contacts and to receive new impulses about current issues in the sector. 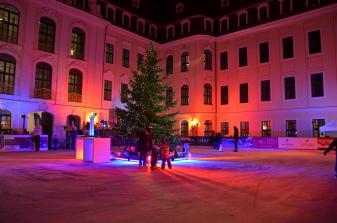 OFFER FOR YOUR WINTER EVENTS!

Book the technology for your December or January event from us by 31st October 2016 and you will receive a 10 % winter discount* on our rental equipment. New customers can also avail of an additional greeting voucher of € 50.00 net**. 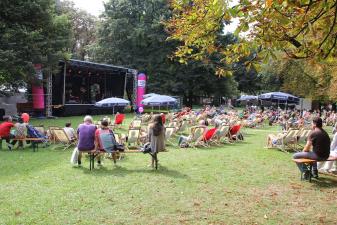 For the seventh time now, the Isar Island Festival Association staged a summer festival on the Isar river.

From 2nd - 4th September 2016, the area between the Ludwig Bridge and the Maximilian Bridge was once again transformed into a festival ground, with Brähler Convention supplying the stage and event technology.